In a process known as Soul Attunement Mary assists her clients to reconnect with and integrate aspects of themselves that have been outside of their conscious awareness. In the process enormous amounts of Soul Energy and Creativity are released.

In early 2003 a remarkable event occurred that changed the course of Dr. Mary Margrave’s life and career forever.

During an expanded state of consciousness she became aware of and began to communicate with inter-dimensional beings known as the Guides. These beings of light began to impart profound and extraordinarily accurate information regarding the soul condition of human beings, the present condition of our planet and the current evolutionary transition we are now making as a species. Nearly twenty years of clinical practice as a chiropractor, acupuncturist and nutritionist brings a uniquely balanced and pragmatic approach to Mary’s intuitive work. In addition to her studies in energetic healing, she was certified by the Eupsychia Institute in Integrative Breathwork in 1994. Her areas of interest include esoteric studies, Jungian psychology and the Hermetic sciences. Dr. Margrave graduated from the University of Nebraska at Omaha in 1984 where she received a B.A. Degree in Chemistry. She then earned a Doctor of Chiropractic degree from Logan College of Chiropractic in Chesterfield, Missouri in 1988. 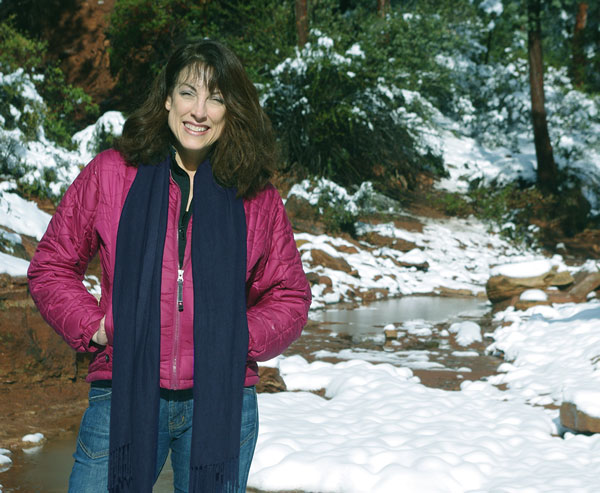 Mary’s goals for her clients are to support their personal healing and spiritual awakening through:

A Personal Note from Mary:

It’s time to demystify the process of accessing our connection with our Higher Self and the Divine. There is an Intelligent Source, an Eternal Consciousness… whether you want to use terms such as God, Spirit, Christ Consciousness or simply Universal Intelligence… that resides within us and within all things (God Immanent) and is always as close as our very next breath. While I may never truly fathom that Great Consciousness and I may always be living in the Great Mystery, my spiritual path has led me into deeper and deeper relationship with the Great Self… that Source. As that connection deepens, I experience more and more joy… more and more love… and less and less judgement.

I also become more aware that our evolution is Infinite and there is–and always will be–so much more to access and to know. I’ve found that the most joyful experience is “living in the Question” and I am learning daily how to lean into my relationship with Mother/Father God. As is encouraged in Twelve Step traditions, I am here to share my experience, strength and hope. If my life can shine a light on the Path for others, then I will have accomplished my mission of being in service to that great Being that resides within us all.

Truly in a league of her own

“Mary’s background as a doctor and her experience as a highly developed spiritual being brings such an abundance of knowledge to the table. She is absolutely invaluable as a life coach, as she is able to drill down quickly to the issues, and she educates you along the way. I have spoken with some insightful and gifted individuals but Mary is truly in a league of her own.”

“I remember during the first call feeling like I’d never been more clearly communicated to about why I’m here on Earth… and when listening to the mp3 found myself laughing about how dumbfounded and blown away I was while it was happening. : ) Profound. Insightful. Inspiring. Yes. Yes. Yes.”

“How rare – to find such a powerful, authentic resource in this reality! My session was profound and life altering. Reassuring and confirming. Opened me up in unimaginable ways – all positive. What a gift!”

I think of Mary as my “Inward Bound” guide. It’s such a great adventure to be on this journey of discovery. I highly recommend Mary to other folks.”